New research has led to a new theory: a magnetic tunnel surrounds our solar system. The concept was developed by University of Toronto astronomer Jennifer West. She modeled two structures in the sky, both rope-like filaments that are located at around 350 light-years from Earth. When viewed together, they resemble a long, twisted tunnel circling our solar system. 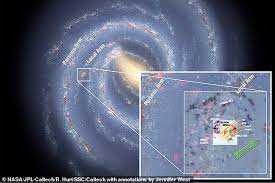 The Earth’s magnetic field is relatively stable over time, making it possible for humans to navigate and orient their compasses. The Sun’s magnetic field, on the other hand, is much more erratic and its magnetic poles constantly change positions. As a result, the compass on the Sun always points to the pole nearest to its surface.

The magnetic field surrounding the solar system is complex. It can vary in strength and direction as a result of several factors. For instance, the magnetic field of Neptune is offset by about 47 degrees from its rotation axis. Because of this, the strength of the magnetic field varies across the entire planet. The planet can even experience auroras. 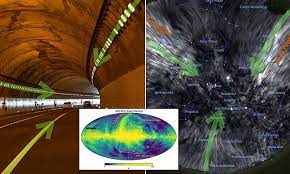 This study was conducted by the National Astronomical Observatory in Japan. It analyzed vector magnetograms in active regions from 1992 to 2000. This data allowed them to evaluate the average helicity and calculate the electric currents over active regions. The results were then compared to the predicted patterns using the Coronal Multichannel Polarimeter.