The CIA’s role in the study of unexplained UFOs incidents is becoming more widely known. Documents and interviews show that the US military and intelligence community struggled with the issue of alien abduction. Some of the documents are classified, leaving room for conspiracy theories. 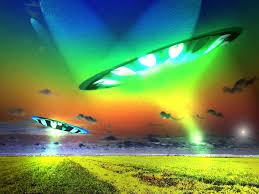 In one CIA document based on reports from the Rabochaya Tribuna newspaper, the agency discussed the possibility of UFOs. Residents of the town of Sasovo, Russia, claimed to have seen a ‘fiery sphere’ fall from the sky, followed by a large explosion. Although investigators were unable to determine the cause of the explosion, they left the door open to the possibility of UFOs. Another UFO report is based on the case of Captain Christiernsson, a captain of Trasnair Airlines flying from Malmo to Stockholm. His companion, Olle Johansson, was a flight mechanic on board the plane.

The CIA’s involvement in the study of unexplained UFOs incidents is emerging in a dossier that contains nearly 3,000 pages of documents. The CIA wanted to conduct an investigation of ‘flying saucers’ through its Physics and Electronics Division, following a sudden increase in UFO sightings. The documents were annotated by an unidentified individual, who put brackets around different figures.

The CIA’s role in the study of unexplained UFOs incidents is now becoming clearer as documents are released through FOIA. The CIA’s involvement contradicts the popular belief that the government has ignored UFO reports.

The CIA was aware of the UFO problem and began to study the phenomenon in 1952. It was concerned that UFOs would disrupt air defenses and block communication channels. This appears to have been a deliberate attempt by the CIA to discredit the UFO phenomena. The UFO study panel had to report on UAP observations within two weeks.

These documents were obtained by Greenewald in mid-2019 and converted into searchable PDF files. Highlights of this trove include a 1976 cryptic UFO report and a document describing an unexplained town explosion. This is not the only CIA role in the UFO field. 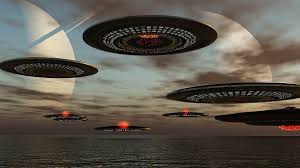 The CIA’s role in the study of unexplained UFOs incidents is becoming increasingly clear after the Director of the CIA spoke on a radio talk show about the UFO phenomenon. In the end, the change in policy is beneficial for Ufology.

In November 1957, the CIA’s Contact Division obtained a photograph of a UFO. Major Donald Keyhoe contacted the CIA to verify the story and report the incident to the DCI and ATIC. The CD field representative, however, was carrying a badge that identified his Agency affiliation. The investigation was then transferred to the Air Force.

In the years since the Kenneth Arnold sighting, UFO sightings have been escalating. They are now being conflated with the claims of “flying saucers” or “space vehicles.” Skeptics have characterized this as mass hysteria, but it has not stopped public fascination.