The House Intelligence committee held a hearing on Unexplained Aerial Phenomena on Tuesday, and some of the evidence presented was intriguing. Although the report did not reveal evidence of extraterrestrials, it suggested a number of possible explanations for the unexplained phenomenon. These include airborne clutter, natural atmospheric phenomena, government or industry development programs, and foreign adversary systems. The report also cited “other” reasons. 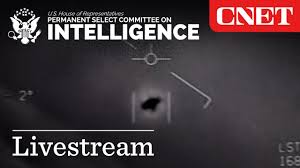 Rep. Andre Carson, a Democrat from Indiana, will chair the hearing. He will hear testimony from senior defense officials, including the deputy director of naval intelligence, and the undersecretary of defense for intelligence. It will be the first public hearing on UAPs since Project Blue Book concluded in 1969. The project detailed hundreds of UAP incidents and detailed how they occurred.

On Tuesday, the House Intelligence committee will hold a hearing on UFOs, which will be open to the public. The hearing will be held in the Rayburn House Office Building at 10:00 ET. It will also be webcast.

The hearing is intended to break the cycle of speculation and secrecy. In 1966, Gerald Ford, then the vice president, helped organize a congressional hearing on UFOs. That hearing resulted in an expert hired by the Air Force to explain the phenomenon. Ford called the expert’s explanation “flippant.”

Whether UAPs pose a national security threat is an open question. While some UFO sightings are classified, others are openly reported. The hearing on UAPs is open to credentialed members of the press. You can watch it live by clicking here. 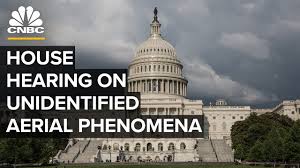 While the military has blamed unidentified aerial phenomena on improved sensors, civilian drones and unmanned aerial systems, and “aerial clutter,” the U.S. intelligence community has said that there has been a spike in the UAP phenomenon. The Pentagon has set up a working group to look into the matter. The group is following up on the questions raised by the report, including whether the UAPs pose a national security threat. The hearing will be held at 7 a.m. MT on May 17. The hearing will be livestreamed on the House Intelligence YouTube channel.