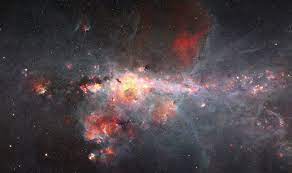 A mysterious radio signal has stumped astronomers and scientists alike. The mysterious signal, discovered by an international team of astronomers using the ASKAP radio telescope in Western Australia, has been spotted four times in the space of two weeks. Researchers believe the signal may be emanating from a newly discovered type of celestial object. The mysterious signal is believed to originate from the Milky Way’s heart.

The sources of the mysterious gamma-ray bursts are not yet known. Usually, they come from other galaxies and discharge as much energy as 500 million Suns. But there are three cases where a strange signal has been detected more than once, which suggests that the source is a compact persistent radio source. Though this source has yet to be confirmed, its presence is tantalizing because it is similar to another famous fast radio burst, FRB 121102.

Researchers believe this strange signal comes from a radio object near the center of the Milky Way. Scientists have yet to fully understand what it means, but the signals appear to be coming from a new type of object. Its coordinates are ASKAP J173608.2-321625 and have not yet been verified as the source of the signal. If this is indeed a new type of object, it would not be surprising if it comes from one of these mysterious objects. 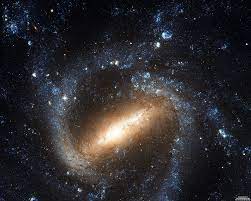 The mystery signal was first noticed by astronomers in Australia and later confirmed by scientists from Germany and the United States. Despite being an unreliable source, the discovery has made astronomers wonder if it is actually a flare-up or an X-ray binary system or a gamma-ray burst. The researchers are now looking for a new way to determine the origin of the strange signal, and hope to find out more about it.

The team’s discovery has opened the door to the discovery of more such strange objects in the universe. More detections will help astronomers figure out if this signal is a one-off blip in our galaxy’s history or a sign of a new, massive population of objects. In addition to that, it will help scientists understand the nature of neutron stars and their role in the expanding universe. 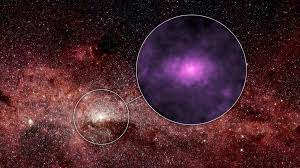 As for how these strange signals are formed, there are dozens of theories. FRBs can originate from neutron stars or white dwarfs. Some researchers have even proposed the existence of cosmic strings. In the meantime, the mystery of how these strange signals are generated will remain unsolved. It is a mystery, but astronomers are eager to find out. The signal’s sources will be the next big breakthrough in astronomy.

Astronomers have identified a strange radio signal emanating from a galaxy three billion light-years away. The signal lasts up to three seconds, and it repeats every 0.2 seconds. This mysterious signal has also sparked speculations of alien communication. But this time, the signal may be originating from a rare type of star. It is a neutron star, which is the remnant of a supernova. This star produces a high-density neutron gas, which is similar to a human heartbeat.

While some of the FRBs have been detected relatively close to Earth, others have been found billions of light-years away. Researchers with the SETI Institute say thousands of these radio bursts happen every day. But it remains unclear how the mysterious signal could have been detected. If it is, then it would mean that aliens are occupying this part of the galaxy and organizing all of its parts.